In my husband’s home country of Czech Republic, if you are a bit under the weather or recuperating from a major illness, your doctor may prescribe a two to three week in-patient treatment at a spa (or lázně in Czech), which is covered by health insurance. There, patients are evaluated by a doctor specializing in balneotherapy (treating disease by baths) or physical therapy, who assembles an individual plan of procedures and treatments. Those range from drinking (the mineral waters!), bathing (not only in the mineral waters, but also in waters infused with herbs, fruit, salts, hops, malt extract, and others), wraps, massages, exercise, special diet, etc.

Throughout centuries, European spas have been very popular not only for their healing power, but also for the “extras,” and that is the social and cultural life. Local folks, as well as many famous figures like Beethoven, Peter the Great, Goethe, King Edward VII., were regulars at Karlovy Vary (or Carlsbad in English), whereas Mark Twain, Henry Kissinger, Edison, and Freud apparently preferred the less opulent Mariánské Lázně. Both of these towns are located in idyllic surroundings of western Bohemia and are known for a wide variety of mineral springs, intricate colonnades, bucolic parks and fascinating architecture.

Today, most of the modern European spas are luxury resorts at breathtaking locations, but the ones in the Czech Republic retained their old-world charm and affordability. If your taste is more Évian, overlooking Lake Geneva, you’ll return home without your arm and a leg. If you opt for Jeseník or Jáchymov, spa towns hidden among the undulating hills and deep forests of Bohemia, your three week stay will cost you about half of what you’d pay for three days at Canyon Ranch in Lenox, Massachusetts. Speaking of which, I’m still waiting for a response from Aetna, as to what my copay would be if spa treatments were covered under my current or the soon-to-be-enacted tremendously spectacular healthcare law. I’m sure I would be buried in bills afterwards.

Well, back to reality and my feeling unwell.  I could really go for several weeks of pampering, hot spring pools, healing wraps, walks in the park, massages, and a string quartet in the evening at one of the Czech lázně specializing in mental health convalescence. I hear that English should not be a problem, for most of the doctors, nurses and therapists speak several languages to accommodate the scores of visitors from all over the world. With or without doctor’s orders, they all come in search of the salubrious waters and immersive (pun intended) relaxation and revitalization. I can only imagine the perplexed expression on my psychiatrist’s face if I asked him for a spa prescription. 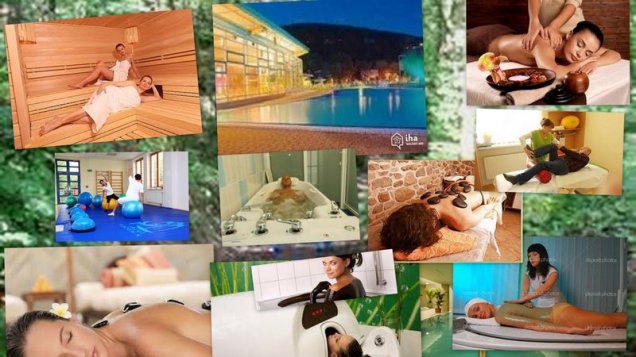 I’ve been feeling depressed for a while and have hardly been able to leave my home. Even leaving my bedroom takes extreme effort. During this rough time, I’ve been seeing my therapist weekly, but I yearn for a type of “retreat” where certain aspects of life could be made easier and other aspects enhanced through various motivational means. When I get depressed beyond what a weekly therapist and regular psychiatrist can handle, the usual “prescription” in my area in New Jersey is the psychiatric hospital, or at least an Intensive Outpatient Day Program (IOP). These do include a lot of talk therapy, coping skills classes, and maybe art or music therapy, along with doctor consultations, but nothing beyond except maybe meals (depending on the option). Again, no idyllic environment in the options I can afford. And speaking of affording, the costs even with my health insurance are pretty steep. So much so, I usually don’t want to even go there unless it’s the very last resort. And by “resort,” I mean “last possible option,” nothing fancy or appealing. I simply wish I had similar benefits as do people in Czech Republic. The U.S. is a rich country, isn’t it?

Post written with the loving help of my Czech (Bohemian) husband

15 thoughts on “If only I could go to a Czech spa right now!”