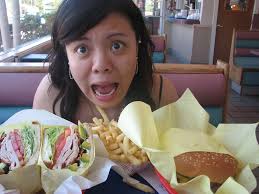 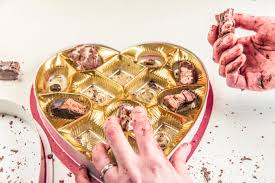 I think it was about two and a half months ago that I joined Weight Watchers for perhaps the fifth time ever. Unfortunately, after about two weeks, I was no longer going again. My husband encouraged me to cancel the membership, so we wouldn’t spend more money needlessly, like I had done several times in the past with the gym. So I did, and went back to overeating and eating the wrong things. It was as if this feeling of failure just made me resigned to the fact that dieting efforts were too tough.

In addition to Weight Watchers, I had once followed a strict eating plan prescribed by a dietitian. That plan, where I was really held accountable for my eating, worked fairly well for a while. Actually, a couple of the attempts on the Weight Watchers plan worked out well, too, but long-term maintenance only worked out for a while during maybe a two year period. Other than those formal attempts, my “diets” rarely lasted long at all. Sometimes I did lose a good amount of weight, without being on a diet, but those seemed to depend on my life situation at the times.

I do not believe I have Binge Eating Disorder. Binge Eating Disorder is a serious mental health challenge that requires formal treatment.  But my past and current periods of binge eating (or sometimes just general overeating), require special attention all the same. I may go for weeks or even months without binge or overeating, but when I start, the weight gain can be rapid. Or even if I’m not gaining rapidly, I often find that my eating is just not as healthy as it should be. In my 40s, I started to have high cholesterol and high triglycerides. I’ve received multiple counselings from doctors on what types of foods I should avoid. But, oh my, is it hard to avoid those foods and eat in a manner that keeps my BMI normal, and improves my health sufficiently.

Have you really spent some time trying to analyze why you binge eat or generally overeat? What excuses do you generally use? Are you sure you know all of the reasons? Might you be blaming some or all of the wrong things? It’s not always easy to figure that out. I know that as a person with bipolar disorder, I’ve been quick to blame medications for all of my eating issues. As if not taking them would mean I’d be super slim? In some cases, that could be true. In others, not!

I looked up a list of several reasons people overeat or binge eat, and added a few of my own. Here are reasons I came up with:

Can you think of any other reasons? If so, please include them in the comments.

Generating your list of reasons for binging or overeating is a good start in learning to stop these habits. Talking to your doctor or therapist, can help them determine if you need more intensive assistance in any way, or if simple strategies can help. Maybe even just you recognizing the reasons, and perhaps writing them down, can be the start you need.

I’ve got my list ready. It doesn’t include all of the bulleted items, but many.

10 thoughts on “Binge eating and other overeating – What do you believe causes yours?”