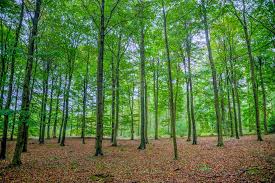 Yesterday I received an e-mail notice of a blog post on Bp Magazine’s website www.bphope.com. It was called Learning From My Lost Years by Dave Mowry. In that blog post, Dave Mowry reflected on years he considered “lost” from his life, as a result of his bipolar disorder. He wrote that a lot more years were “lost” than actually good, and that though he appreciates the good ones, they just don’t make up for the bad (or “lost”) ones. He ended his post positive about the present, but I felt bad for him and then I started thinking about my life with bipolar disorder. In the past, I have also labeled many of the years in my life as “lost”, with great sadness. I suppose I still do to some degree, but at this moment I realized that maybe not so very many were really “lost” after all. Dave Mowry only emphasized high value for the good years, but perhaps there is value to the bad ones, as well.

I had a terrible depression and mania at around 15/16 years old. I considered age 15 the worst year of my childhood, but without that happening, I wouldn’t have changed schools. That move was one that led me in a direction I would never have gone into otherwise. Maybe I wouldn’t have even gone to university, or at least the university I did. Those experiences were stepping stones to many others I value greatly. Lost years? Maybe not.

My years between 17-31 or 32 were either marvelously amazing, typically normal, or turbulent, but none are “lost years” to me. I’ll admit that the marvelous outnumbered the depressed and turbulent, but the turbulent gave rise to many activities and moves in my life that became the most marvelous. Would I have lived in Asia otherwise? Would I have left Asia in time to meet my beloved husband? Would I have gotten my last job where I mostly shined?

Most all of the months between years 32-40 maybe do seem lost. I was on disability for almost all of that time. Some of the brief months I was back to work were terribly excruciating and led to further psychiatric hospitalizations. Some were actually amazingly productive, so much so that my work has likely saved my former company 100s of thousands of dollars, an accomplishment I will always be very proud of. Of course some of these years were downright traumatic. I was so sick that I couldn’t even be helped well by medication or therapy. Some of these periods and events are wiped out of my memory like blackouts. I felt torn down completely, frightened of everything, and separated from who I had been. My illness hurt my husband severely, as well, in so many ways. That will always sadden me, but he reassures me that none of this was ever my fault.

Between ages 40 to my present 47, I’ve been on disability, too. Some periods were really rough and frustrating. I’d start to feel good and ready to move forward, only to be knocked down again. But I managed to find a lot of success through therapy during this period. That helped me move forward more steps than not. More importantly, I was able to find myself again. That progress I’m extremely proud of. It’s a type of work I had never done. The patience, control, hope, and tolerance I’ve learned are things I know will stay with me for the rest of my life.

I’ve become a more understanding and compassionate woman in recent years. I’ve given more selfless support to others than ever before, and advocated for myself and millions of others. All of this may have been given in drips at times, but it added up to a huge bucket in the end. More valuable things do indeed sometimes result from stressed periods than even “well” ones. I’ve discovered amazing abilities that I never thought I had (like expressing myself well), and continue to develop them further. I’ve learned to have a great appreciation for what I have in the now (however big or little), and learned the value of simple pleasures.

So to one person, all of my years on disability could be considered “lost years”, but as I wrote above, not all of them were, by a long shot! It is well-known that suffering can be a figurative “fire” that when it dies down or goes out, leaves a new soil, however bleak looking, that gradually sprouts new growth of great new things.

When I finally get back to work, I will be extremely proud. But to consider them worth-while years, I need to continue my growth and appreciation of what brought me to them. In some ways, they may not even be as notable as some of the years that led up to them. Of course it’s my choice to try to make them good, and define “great” or “success” as something attainable and significant to me as I know myself now. And I’m a pretty darned good and successful, me!

Note to others: I have a chronic mental illness. I have to accept the possibility that even if I meet my goals in the final paragraph of this post, that I could become unwell again. Let me remind myself, and others with similar challenges, that the fires do sometimes rage again, and again. And again the bleakness gives rise to new growth. It’s a fact of life. May we always look forward to the positives that inevitably come, however grand or small.

12 thoughts on “Lost years in my life? Not nearly as many as I originally thought!”