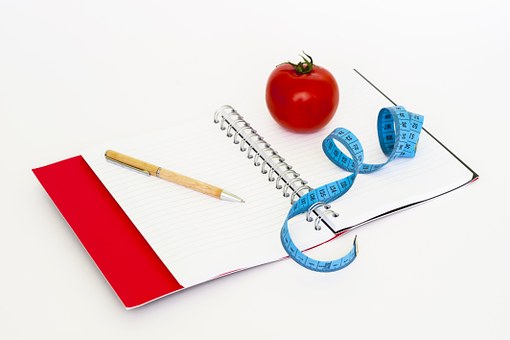 Like many people, I have embarked on serious weight loss/healthy living missions a number of times in the past. Some I saw through until I reached my desired goals. Others started only to peter out prematurely. Right now I know I would greatly benefit from losing some weight again and want to create some plan.My cholesterol is high, and some of my clothes just don’t fit well anymore. I have sometimes started to fool myself into thinking my current weight is “fine”, but the fact is that I’m almost 20 lbs overweight, and I don’t think my cholesterol will drop until I lose some of it.

I remember the first time I lost significant weight was not so much from watching what I ate, but living somewhere where food and alcohol were not as easily available, and walking or riding a bicycle for one hour per day was necessary. I guess I don’t call that a real diet effort, though. I recall losing almost 20 lbs in six months without counting any calories, or anything else for that matter. I was about 24 years old at the time.

The first time I actually set out to seriously watch my eating (diet), was when I was about 30 years old. I had reached a weight that I guess seemed “over the line”, to my perspective. I joined Weight Watcher’s online and followed their “Core Program”, later called “Simply Filling”. I was extremely determined! As is the case sometimes in my life, I get these bouts of determination where I can’t be stopped. I won’t cheat. I count everything. All I’ll talk about almost every day is the diet quest, and healthful recipes. I remember going from 168 lbs to 135 lbs (a 33 lb loss). At the time, I had also been walking long distances (5 to even 10 miles) about four to five times per week with my pal. I remember people at work (mostly men) telling me how great I looked. I felt great and sort of strutted around in glory.

When I reached 34 (four years later), I had maybe gained back about 12-14 lbs. But that year was very significant in my life. For a few years I had been drinking way too much alcohol on a daily basis. It’s a wonder I hadn’t gained back more. I was also hospitalized for the first time for my bipolar disorder. Multiple hospitalizations and Intensive Outpatient Programs followed. Between severe mood episodes and weight gain notorious medications, I packed on more and more weight. By the time I reached 38 years old, I had reached the highest weight of my entire life, even with zero alcohol drinking. Though during that time my weight fluctuated, the weight skyrocketed quickly at times. Depression exacerbated the issue because of hypersomnia, food cravings, and general inactivity.

At the end of the above-mentioned period I had just completed a string of ECT (electroconvulsive therapy) treatments. My medications were just then overhauled to ones that were comparatively weight neutral. My cholesterol, triglycerides, and glucose levels were all extremely high. My general practitioner told me that I had to cut down on carbohydrates. I wasn’t sure how to do that, so he referred me to a dietitian who prescribed a low carbohydrate and fairly low fat diet. With the dietitian, my motivation to lose weight skyrocketed. It was within only six months that I lost almost 40 lbs and my blood test results normalized. I maintained most of that weight loss for about three years.

Well, it’s been about eight years since I lost that 40 lbs. I have since regained 20 lbs of it. As mentioned, my cholesterol is high again, but luckily my triglycerides and glucose levels are OK. During this 8-year period I attempted to watch my eating on maybe three occasions, but stopped the efforts after only a week or two.

Nowadays, I’m on a medium dose of a somewhat weight unfriendly medication. I can use that as an excuse for gaining weight and making it hard to diet. I’ve also had some depression, and continuing low energy and motivation. How do I get that “spark” to get back into healthy low calorie eating again? Do I have to just wait for it to come out of nowhere? I know some people just say “Do it!” But come on, if it was that easy we’d all DO IT!

My brother recently lost 60 plus pounds. He’s a maniac about tracking every little thing he eats in an app on his phone, and wears a Fitbit. Maybe he’s kind of inspiring me. Hmm?

I have an idea. It is related to holding myself accountable for my eating and exercise choices. I know that accountability is an important element in many efforts, and can be very motivating. What I’m going to do is to create a “Friday Fitness and Weight Loss Update” regular post series. I will MAKE myself post this, even if the week’s results are far from positive. The following will be included:

When I finally meet interim goals, I will set new ones. When I meet final goals, I will then strategize a maintenance plan. I’ll decide then how to proceed with this weekly post series. I want to be with this over the long haul.