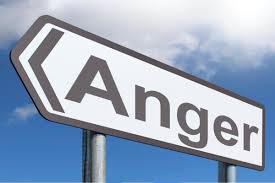 I thought I was doing fairly well today, mood-wise, until I went to the grocery store. Well, maybe I started to get unwell towards the end of my conversation with my sister. She didn’t say anything to trigger it. I totally brought it on myself. I was not angry at her at all, but more fuming about other people (politicians, certain organizations, etc.). Then I asked my brother to come over for dinner tomorrow, in exchange for some handyman advice. He accepted, so then I realized I needed some groceries in order to make him a nice meal. So I set out for the grocery store. Then the “irritability” started to balloon.

The other day, I wrote that in addition to road rage, some people in the grocery stores near me have “shopping cart rage”. Or at least I do, I’m afraid. There is never enough room in the aisles. They put stuff in the way, and people often park their carts right smack in the middle of the aisles, or on one side, while they stand blocking the other side. Well today there was a group of three people talking to each other, moving down the aisle at a snail’s pace. I tried to be patient. I really did, but then it was too much. I said “Excuse me”, but nothing. I said it even louder, and nothing. So when one of the jerks moved slightly over (probably not even to be nice), I rammed past him, making a real spectacle so that they knew I was annoyed by them. I know, I should have just turned around and walked my cart alllllllll the way around the other side and back up and around…but I didn’t. 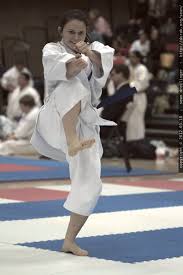 So on my way home in the car, I was fuming mad. Does anyone ever have fantasies about beating people up or having major league verbal fights with others? I get so worked up that I start yelling out loud in my car what I’m fantasizing in my head. Of course in my angry fantasies I have a tenth degree black-belt in karate and/or am a major force to be reckoned with, who would grab anything nearby as a weapon (like a big can of stewed tomatoes). If I’m challenged, I roar the famous line “MAKE MY DAY!!!” with the fearsome look of a devil. Sometimes what’s going on in my mind even shows itself physically or verbally in real life, where people may see/hear me. These signs include clenching of my teeth, movements of my arms, anger on my face, and isolated growled words or phrases. Don’t get me wrong, I have never fought with anyone physically in that way, but it races through my head sometimes when I’m not so well, mood-wise.

I got two root canals last Christmas. Merry Christmas, updownflight! Both were in my front teeth. The endodontist said my teeth were as worn as that of an elderly person, even though I’m still in my 40s. The problem is my teeth clenching and grinding that happens on and off when experiencing high stress and irritability of various sorts. That’s way too frequently! I literally chip and wear my teeth down. Just this morning, I looked at my front two teeth in the mirror after brushing, and they seemed even more worn down than I remember last week. On my way home from the store today, my teeth were hurting because of clenching. I believe the clenching has even caused my teeth to shift to varying degrees. A while back, I bought a make-it-yourself mouth guard from the pharmacy. Recently, I found it didn’t even fit right anymore. Yes, I don’t wear it. Yes, I’m sure it would help. You don’t have to tell me. OK? And no, I don’t want one specially made by my dentist! If my dentist is reading this, buzz off!

As I walked with several bags of groceries through the garage from my car, I knocked down a big box because of my ramminess. [Is that my own made up word?] Anyway, it made a crashing noise landing upside down near my foot. After a loud curse, I turned the box over, and inside was a broken circular saw. Honestly! Then, of course, there were several boxes on the front porch. I did expect one, but had no clue about the other two. One weighed what seemed like a ton, and had a label on the outside that read, in big bold letters, “Colder than ice!” Then after dragging it in the door, of course I opened it up thinking that its contents could melt in the summer heat. What in the frig was inside? It turned out to be about 30 or 40 unfrozen ice packs. Yes, that many! Then I thought, “Well, I had noticed that hubby’s ice packs were getting old and dirty, but why in the hell does he need to buy enough for 20 people’s lunches?!?! Humph!”

So…anyone who has read all of this, I’m sorry I put you through a major vent. I finally took an “as needed” medication a few minutes ago, after days of thinking I should, but didn’t. It really pisses me off! I was hoping that when I see my doctor next week, I could have a medication decrease. Instead, I see little chance of that, but more likelihood of an increase.